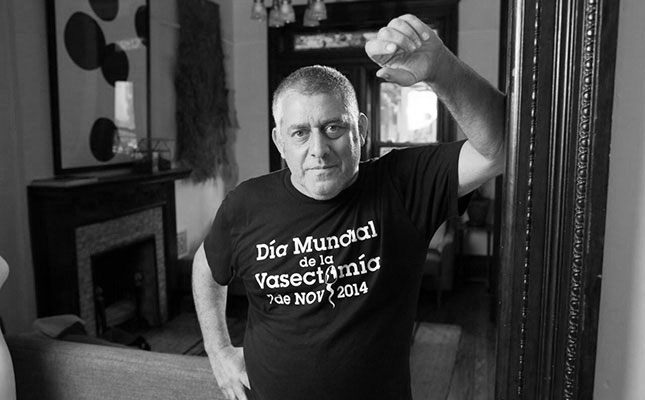 World Vasectomy Day: The birth of a movement

Home » World Vasectomy Day: The birth of a movement

With nearly 1,000 vasectomy providers in 40+ countries doing close to 10,000 procedures in just 24 hours, WORLD VASECTOMY DAY is the largest male oriented family planning event in history. Our headquarters for the November 18th, 2016 celebration is Nairobi, Kenya but our doctors work in clinics, offices and hospitals on every continent.

When people ask how WVD came in existence, I usually tell them the story of my search for a solution to my own reproductive health needs or sometimes, I reference the film project I was working on at the time for the BBC about population on the planet. And while both of these are accurate, the fact is, were it not for an NGO started by the Suarez family of Naples, Florida, Non Scalpel Vasectomy International (NSVI,) and their friends and colleagues who are part of the Bisaya Medical Association, there would never have been a WVD in the first place.

Dr. Ramon Suarez and Dr. Nenita Suarez, along with Ing. Robert Kiamco and Dr. Benita Kiamco of Chicago first dreamed up the idea of NSVI as a way to address concerns of population and poverty in their home country of the Philippines.  Dedicated and determined to help the people of their nation, they have since returned yearly to bring the highest quality vasectomy services to a country where none had existed beforehand. For them, providing men an opportunity to engage in FP planning practices is the greatest gift of all.

Ramon, a diplomate of the American Board of Urology, is a quiet but resolute man whose commitment to this movement is unequaled. Nenita is an equally skilled, and passionate doctor, whose patience and support is unparalleled.  Together they moved to the United States with their family where they practiced medicine and where Ramon honed his skills as a urologist and vasectomist. How good is he at doing vasectomies? Well, when it came time to get his vasectomy done, he chose to do it himself; proving that he’s not only a brilliant vasectomist, but an excellent athlete with a very ‘flexible body’.

In 2011, I traveled with the Suarez family and their colleagues to film an NSVI mission in Cebu, Philippines.  Over 400 men got their vasectomies in 3 days, and the footage we shot served as the basis for a film we eventually completed called THE VASECTOMIST, which eventually aired in over 100 countries. Over the following years, I continued to travel with Dr. Suarez as he expanded his work to include missions in Haiti and then Kenya.

It is not often I can track the birth of an idea to a specific moment, but such is the story of World Vasectomy Day that I remember exactly how, where and when it happened. In Busia, Kenya while with Dr. Suarez, I met George Mbogah, a 32 year old man who had traveled 26 hours by bus to get his vasectomy.  Just before Dr. Suarez did the procedure, I asked George why he had made such an effort, “I love my wife and she almost died during her last pregnancy. I cannot provide our two children the quality of life they deserve if I am left to raise them on my own”.  George emphasized that he and his wife valued nothing more than to help their children emerge from poverty. “With just two children, we can do this, but anymore and everyone will suffer”.

That night I reserved the URL www.worldvasectomday.org and set an intention to build a movement based on the spirit of generosity unleashed by NSVI. Indeed, World Vasectomy Day was born out of a commitment to men like George and reflects the generosity of men and women like Dr. Ramon and Nenita Suarez and organizations like NSVI.

Now, five years later WVD and NSVI work together in service of what we believe is the most important work imaginable. While WVD builds demand as we create a movement of conscious men and skilled providers, proving that only by working together can we make a difference, NSVI, under the guidance of Dr. Suarez and his colleagues, train and provide the highest quality services available.  Every where NSVI travels, they commit to leaving behind a sustainable vasectomy program whose ultimate goal; a healthier planet, empowered families and a brighter world for future generations. This is a cause, we all can believe in. This is the cause that inspired World Vasectomy Day.