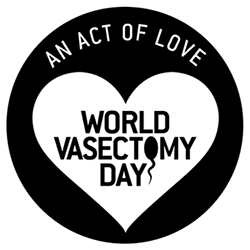 Hm, let’s see now.  A couple of days of discomfort versus a lifetime of better sex.  Tough decision? Nope!

Fellow straight men:  let’s get something obvious, important, and under-rated out of the way: Vasectomy is great for your sex life. There aren’t too many things more important than a) avoiding unwanted children, b) the ability to have sex spontaneously without worrying about those unwanted children, and c) keeping your partner(s) happy by doing your part.

Other forms of birth control simply do not compare in terms of fun, health, comfort, and permanence.

Now if you’re thinking, this guy is really shallow, all he cares about is sex, OK, yes, I’m like other men in that I think about it somewhere between every seven seconds and nineteen times per day.

But the benefits of vasectomy go beyond a better sex life. The aforementioned not having your entire life screwed up by a one night stand or a wife who forgets to take a pill is a biggie. Controlling the number of children you have, and with whom, can be crucial to your professional, financial and romantic life. I’m not telling you how many to have, but once you’ve decided, this is a nearly infallible way to control that decision.

Now let’s talk about the planet and future generations for a moment. I’m sorry but there’s no honest way to do this without being alarming. Because of a combination of high population and high carbon energy systems (i.e. using coal and oil for electricity and transportation), modern society is raising the earth’s average temperature and the results have started to come in.  More severe storms, droughts, sea rise levels. It’s all going to get worse, much much worse. How much worse will depend on what we do to change course.

Broadly speaking there are three things we can do. One is adapt to the changes in climate. But since we don’t know exactly what those changes will be and since we can’t afford to fully adapt, that is a limited response.  It’s like mopping up the basement when the pipes are still leaking. You’ll never be able to stop and you’ll never catch up.

The second thing is we can switch to lower carbon energy systems, phasing out fossil fuels while conserving as much forest as possible. The technologies are getting there, but the most powerful industries in the world (Exxon makes more money than any company in the history of money) and the politicians they support will do everything to slow  this process down. Even though we will transition to cleaner energy, there will be unintended negative consequences. Nuclear power has its own safety risks, biofuels compete with food for arable land, etc.

The only alternative with no negative consequences, the only unmitigated gift we can give to future generations, is a lower human population. Birth control and family planning don’t guarantee that but they sure don’t hurt.

-Be accused of scapegoating poor people in the Third World

-Get lumped in with anti-immigration forces

Indira Gandhi once said that “poverty is the worst polluter.” By that she meant that the poor don’t have the money to control pollution or clean it up, and that eradicating poverty would help reduce pollution. But that was in 1972, before climate change was understood. It turns out that wealth is the worst polluter, as rich people emit far more climate changing greenhouse gases per capita than poor folks.

If you take that logic to its extreme, eradicating poverty would be bad for the planet and immigration from poor countries to rich countries would exacerbate the problem.  The irony is that as income increases, family size tends to decrease, which partially offsets the carbon footprint of a family that is raising its standard of living, so a moderate middle class lifestyle is probably sounder than either wealth or poverty from a planetary point of view.

Population is the ultimate “tragedy of the commons.”  What’s good for the individual may not be good for humanity. Few individuals will make sacrifices for the greater good, especially when it comes to something as fundamental as their family size. And no one wants some greenie in DC scolding parents for having to many children.

I think you can see how complicated it can get, politically, for environmental groups to weigh in on population.

Which brings me back to sex. (Hey, that was more than 7 seconds.) For the right person, vasectomy is not a sacrifice. It’s a sex-enhancing, partner-pleasing, nearly-infallible method of family planning that’s good for you, your partner, your family, the rest of the world’s human and non-human beings, and future generations. Can’t beat that.

And don’t forget, if you save some sperm for a rainy day by freezing it, you can even change your mind.