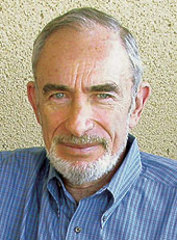 To my fellow humanity,

The press is full of stories about problems caused, at least in part, by the conjoined but unmentionable ‘twin elephants’ of population growth and overconsumption. Yet, spiking food and energy prices, water shortages, increasingly severe weather, melting ice caps, dying coral reefs, worldwide toxification, disappearing polar bears, collapsing infrastructures, terrorism, the rise of fascistic leaders, and novel epidemics are almost never connected to these seemingly invisible ‘elephants’.  And while science has long proven there are limits to sustainable human numbers, and to humanity’s aggregate consumption, those limits are never discussed, and politicians believe in the oxymoronic “sustainable growth.”

Will technology save us?  It can help, but its record is generally dismal.  When The Population Bomb was published 50 years ago, there were 3.5 billion people, and we were called alarmist – the glib response was technology could feed, house, clothe, educate, and provide great lives to ‘even’ 5 billion people.  Nuclear agro-industrial complexes or growing algae on sewage would feed everyone.  Well, they didn’t.  Instead, the roughly half-billion hungry people then have increased to about two billion hungry or micronutrient malnourished today, and a couple billion more are living in misery.

Why don’t the growth maniacs stop asserting how many billions more people we could care for and focus first on stopping population growth and giving decent lives to all the people already here?  And spare us that old bromide about how the next kid may turn out to be the Einstein who saves us; considering the rich-poor gap, it’s more likely to be an Osama Bin Laden bent on destroying us or a Donald Trump fueling them with hatred.

Over the years we’ve come to believe that more information or more science is not enough to convince the world to leap into action.  Our best hope lies in the universality of the internet and a story to galvanize people into action.  Therein lies my support for WORLD VASECTOMY DAY, now in its 6th year.  Jonathan Stack and his team of creative storytellers combined with Doug Stein and the more than 1000 providers who together create more impact than a book’s worth of angst filled quotes.

They have grown since I was there for their 2013 launch.  We give thanks to the 20,000 men and counting who, figuratively speaking, are putting their balls on the line for MOTHER EARTH!

People have asked, can vasectomies really make a difference?  Mine made a big difference in my life. I ended up with one child. The exact number Anne and I wanted.  Why vasectomies? It is estimated preventing one unintended pregnancy equals 28 life times of reduction, recycling and reusing and 20000 vasectomies reduces the planet’s carbon footprint one billion tons, enough to reforest a good chunk of Haiti.

Can we save the world?

Look, we are facing millions of years of evolution where ‘survival of the fittest’ defined our evolutionary progress depended on outbreeding others.  In light of that, can we turn things around without a cataclysmic event?  I don’t know, but like me, I hope you’ll agree that we can’t give up.

So join us on WORLD VASECTOMY DAY.  Be part of a global conversation about our collective future while men everywhere begin stepping up our efforts to participate in creating a more hopeful future.