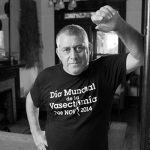 While the presidential election has been decided, an endless stream of hateful speech and righteous rage still tears our nation apart. A country that once privileged practicality over passion is becoming a nation at war with ourselves. This is a far cry from the America I have loved and known and hope to highlight once again through World Vasectomy Day, our eighth annual global celebration seeking to raise awareness of the ease and safety of vasectomy, increase access to it and encourage men to play a larger role in family planning.

Although born and bred in NYC, I spent a good part of my documentary film career in Louisiana’s Angola Prison. NYC is about as blue as it gets. Angola as red, and yet with full access granted by its corrections department, I produced and directed over a dozen films and television shows (for which I won four Emmys and two Academy Award nominations).  We didn’t agree politically on many points, but the stories we told humanized both inmates and prison staff, while bringing light to the pain of incarceration.

Sensationalized content sells tickets, but it denigrates the subjects while demeaning the audience. On the other hand, positive content that reveals the best of humanity even in the harshest of circumstances improves individuals’ lives and creates healthier societies.

After 9/11, I decided to take my storytelling skills around the world and spent the next decade making films in conflict zones. I expected to find endless tales of misery and mayhem, but the vast majority of my interactions were kind and caring – the exact opposite of what mainstream media highlights. Of course, horrible things happen, but none of it felt inevitable nor as prevalent as depicted.

While making “Liberia: An Uncivil War,” a 2004 documentary about a brutal war fought mainly by child soldiers, I created a film collective of young Liberians. To be a member you’d only have to put down your gun and pick up a piece of film equipment.  The pride these young warriors expressed in being acknowledged, let alone paid, for their contributions was extraordinary.

In 2010 while researching a project about population, I met Doug Stein, MD, one of the world’s most experienced vasectomy doctors. As I accompanied him on missions to Asia, Africa and the Americas, I noted that regardless of class, creed or culture, when men were asked, why get a vasectomy, they always answered a variation of, “out of love for my children” or “for my wife” and sometimes “for the planet.” In 2012, I set out to aggregate these individual acts of positive masculine love into a collective movement for social change.

Within days, I launched World Vasectomy Day and the following October we celebrated the first World Vasectomy Day from Australia. Today, with more than 1,000 providers in 30-plus countries doing upwards of 10,000 procedures, we are the largest male focused family planning event ever.

The first man to have his procedure done as part of World Vasectomy Day was Chris Wiren of Adelaide, Australia. “I’m still a minority voice, but I’ve never looked back. My wife is grateful and we have never been happier,” he says. George Mbogah, another participant from Kenya–where having only one daughter was a cultural anathema–overcame intense social stigma. “We wanted our daughter to have the life we could not create for ourselves. With just one child, that is still possible.”

When COVID-19 spread, we contemplated postponing our 2020 event, but the greater the damage and death caused by the virus, combined with the constant concern of unplanned pregnancies, the more I realized that our movement – one grounded in compassion and responsible masculinity – was more urgently needed than ever.

People ask how I convince men to get a vasectomy. I don’t. Rather I ask them a question: “How important is it that the quality of life you offer your children is better than that which you experienced?” To a man, and woman, the answer is a resounding “very.”  Just as we put on a mask and social distance both to care for ourselves and those closest to us, we say that a vasectomy is an act of love that benefits yourself, your partner, your family and our future.

We are proud of the hundreds of doctors who join our effort and the thousands of men who choose a vasectomy each year, but World Vasectomy Day does not measure our success by the numbers of procedures alone, but by the quality of the conversations we help inspire. We need to talk to each other, especially those who do not seem of like mind, for it is only by finding common ground and embracing what we share that we will offer our children a better world.  This has never been more needed or true. The country needs to heal.

It is therefore in a spirit of unwavering faith in humanity that World Vasectomy Day will celebrate our eighth anniversary on Nov. 20 with a global celebration in 30-plus countries featuring 1,000 providers offering vasectomies to over 10,000 men, all while awakening the spirit of human kindness and channeling it towards a better America for all of its people. 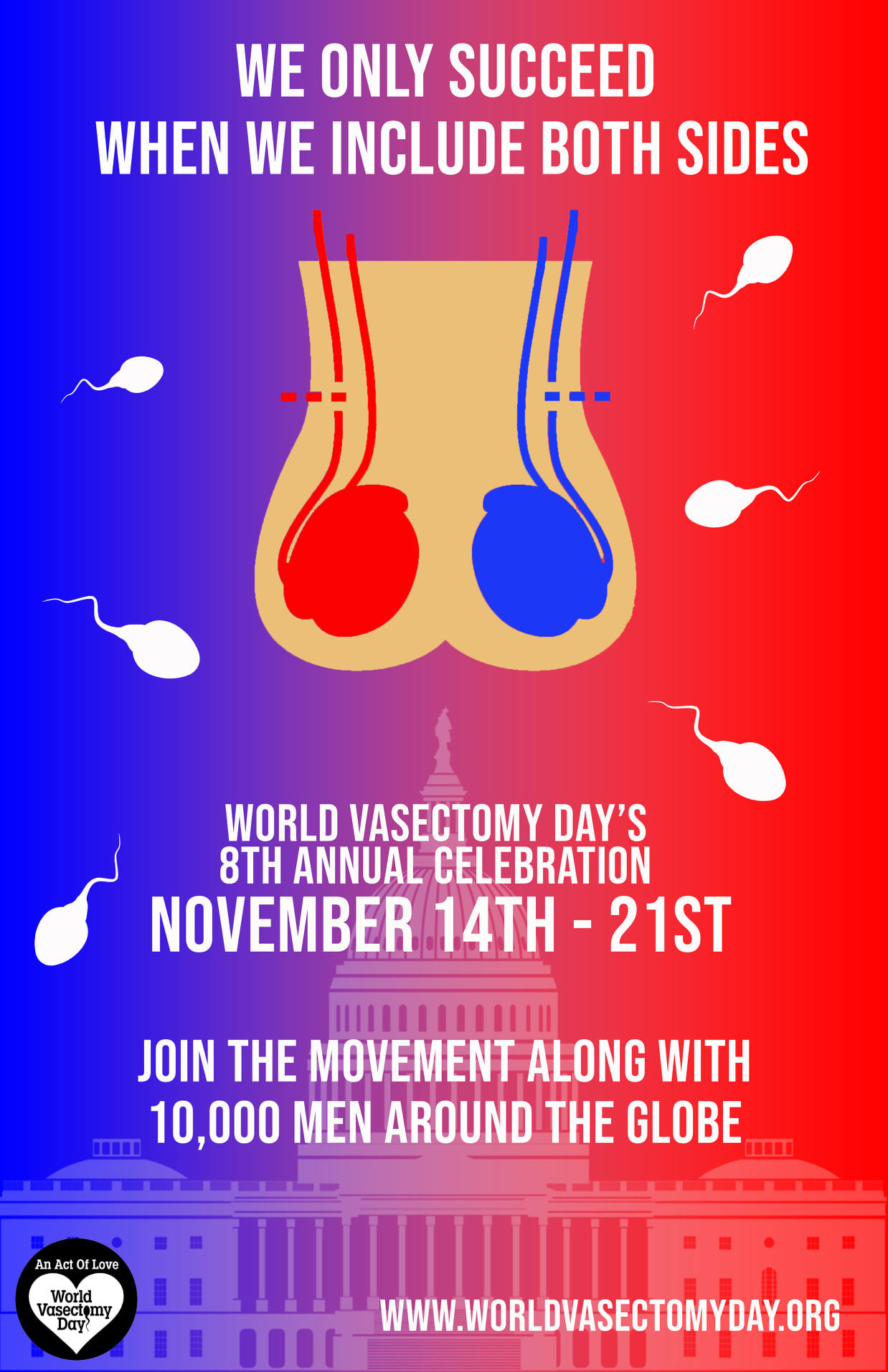