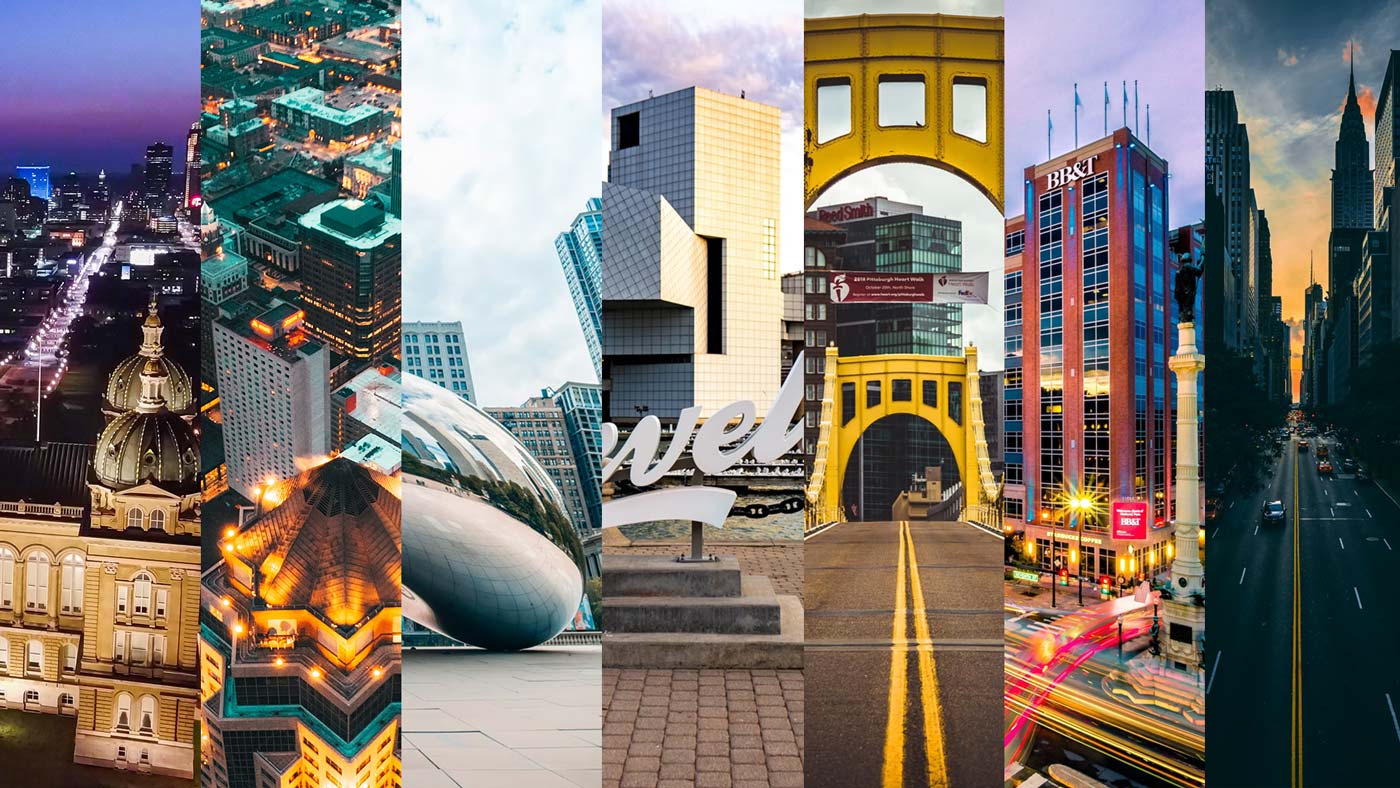 Des Moines is the capital and the most populous city in the U.S. state of Iowa. It was incorporated on September 22, 1851, as Fort Des Moines, which was shortened to “Des Moines” in 1857. It is located on, and named after, the Des Moines River, which likely was adapted from the early French name, Rivière des Moines, meaning “River of the Monks”.

Des Moines is a major center of the US insurance industry and has a sizable financial services and publishing business base.

Des Moines is an important city in U.S. presidential politics; as the state’s capital, it is the site of the first caucuses of the presidential primary cycle.

Iowa City, Iowa is the home of the University of Iowa and county seat of Johnson County, at the center of the Iowa City Metropolitan Statistical Area. At the time of the 2020 census the population was 74,828, making it the state’s fifth-largest city.

Iowa City was the second capital of the Iowa Territory and the first capital city of the State of Iowa. In 2008, Forbes magazine named Iowa City the second-best small metropolitan area for doing business in the United States.

The City of Cleveland, is a city located along the southern shore of Lake Erie, across the U.S. maritime border with Canada. It is the largest city on Lake Erie, and anchors the Greater Cleveland Metropolitan Statistical Area (MSA) and the Cleveland–Akron–Canton Combined Statistical Area (CSA). It ranks as the 53rd-largest city in the U.S.,[6] as a larger portion of the metropolitan population lives outside the central city.

Cleveland was founded in 1796 near the mouth of the Cuyahoga River by General Moses Cleaveland, after whom the city was named. It grew into a major manufacturing center due to its location on both the river and the lake shore, as well as numerous canals and railroad lines.

Pittsburgh is a city in the state of Pennsylvania and the county seat of Allegheny County. 302,971 residents live within the city limits as of the 2020 US Census, making it the 68th-largest city in the U.S. and the second-most populous city in Pennsylvania, behind Philadelphia.

Pittsburgh is known both as “the Steel City” for its more than 300 steel-related businesses and as the “City of Bridges” for its 446 bridges. The city developed as a vital link of the Atlantic coast and Midwest, as the mineral-rich Allegheny Mountains led to the region being contested by the French and British empires, Virginians, Whiskey Rebels, and Civil War raiders.

Aside from steel, Pittsburgh has led in the manufacturing of other important materials (aluminum and glass) and in the petroleum industry.

After the deindustrialization of the mid-20th century, Pittsburgh has transformed into a hub for the health care, education, and technology industries.

In 2015, Pittsburgh was listed among the “eleven most livable cities in the world”. The Economist’s Global Liveability Ranking placed Pittsburgh as the most or second-most livable city in the United States in 2005, 2009, 2011, 2012, 2014 and 2018. The region is a hub for Leadership in Energy and Environmental Design and energy extraction.

Allentown is the 233rd-largest city in the United States and, as of the 2020 census, has a total population of 125,845. Allentown is the fastest growing major city in Pennsylvania as well as the third-largest city overall in Pennsylvania, behind only Philadelphia and Pittsburgh in terms of total population. The city, founded in 1762, celebrated its 250th anniversary in 2012.

Allentown was one of only six communities in the country to have been named a “national success story” in April 2016 by the Urban Land Institute for its downtown redevelopment and transformation that has generated nearly $1 billion in new development projects as of April 2019.

New York City, or NYC for short, is the most populous city in the United States. With a 2020 population of 8,804,190 distributed over 300.46 square miles (778.2 km2), it is also the most densely populated major city in the United States. With over 20 million people in its metropolitan statistical area and approximately 23 million in its combined statistical area, it is one of the world’s most populous megacities.

New York City has been described as the cultural, financial, and media capital of the world, significantly influencing commerce, entertainment, research, technology, education, politics, tourism, art, fashion, and sports, and is the most photographed city in the world. Home to the headquarters of the United Nations, New York is an important center for international diplomacy, and has sometimes been called the capital of the world.

The city and its metropolitan area constitute the premier gateway for legal immigration to the United States. As many as 800 languages are spoken in New York, making it the most linguistically diverse city in the world. New York is home to more than 3.2 million residents born outside the United States, the largest foreign-born population of any city in the world as of 2016. In 2019, New York was voted the greatest city in the world per a survey of over 30,000 people from 48 cities worldwide, citing its cultural diversity.

Now, you know when and where the Vasectomy Tour Clinic will pass near to you. So, sign up in this form and you will get more information about the procedure.